For people who find incompatibilities between some new object and the space the old one sat, there are really three options:


I have a SFF case for my Lenovo M90 Desktop and wanted to increase my gaming/rendering performance by purchasing an new GPU. I settled on this nice Asus board, which had a ATI HD mobility Radeon 6570 attached to it, but when it came I quickly realized that it didn't fit in my case. 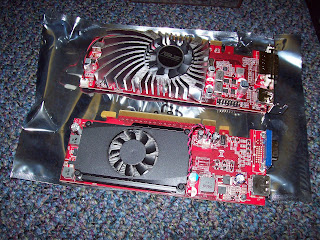 The top board is the new one and the bottom board is a NVIDIA GeForce 310. There was at least some .25" to .375" height difference due to the heatsink and as a result it touched the hard disk mounting bracket. 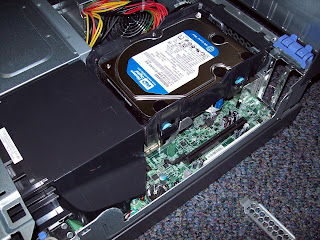 Yeah that's not much space...

Everyone seemed to suggest to buy a new case (choice #1). Myself, being a maker and machinist at heart, decided on choice #3. 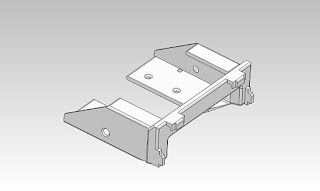 Tada! It was easier to move the hard drive than move the PCI-E slot, so I redesigned the mounting case and shifted its location a fractional amount away from the graphics unit. Because we have 3D printers in the studio, I decided it was time to massively abuse them. 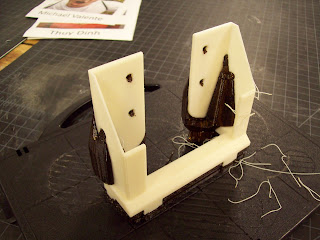 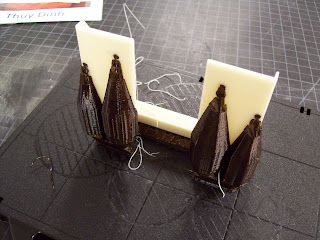 Made off the Invention Studio's uPrint.

Old and the New 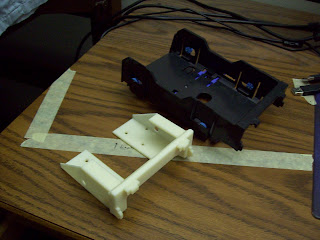 Part of the adaptation included slicing the wings off this cast aluminum piece. At this point, im pretty sure the warranty is void. 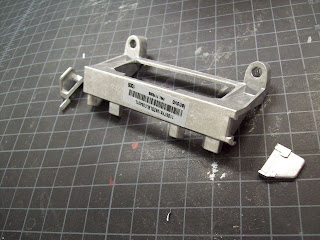 The new mount uses 6-32 screws to attach to the hard drive, and some small perforations to clip onto the inside of the case. 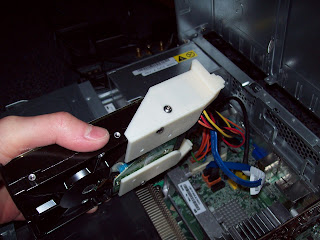 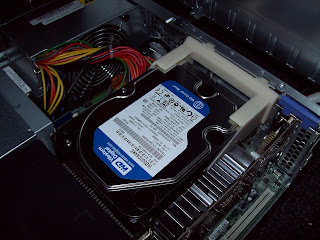 To keep things from bouncing around, I threw in stacks of leftover rubber grommets I bought for the Hardboard Project. Glad I could find a use for them.

So there it sits complete! Now I know what many of you are thinking. You are using melted plastic to hold a part nearby a notoriously hot object. Won't it melt? The answer is hopefully not. ABS melts at somewhere around 225 deg F, which converts to 107.2 deg C. The heatsink is not actually touching the ABS, and the convection currents internal to the PC should work in my favor, decreasing the edge temperature of the heatsink alloy and cooling the ABS. Besides, should my GPU get over 100 deg C I think I have larger problems to worry about. 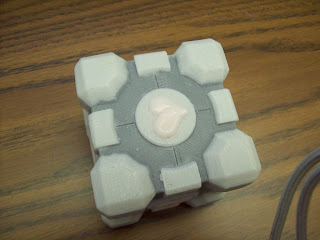