2-week "Instructor go-kart" build for the 2014 GLP Go Kart Challenge held at MIT. The name of the machine is a pun of my surname, "Go". 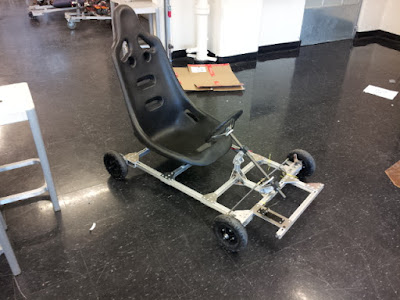 The GO Kart was built with economy in mind; the entire kart was tasked to cost less than $500, not including the batteries. The frame was built from aluminum T-slot extrusion; waterjet gussets were used to hold the beams together. Four pneumatic wheels made for the "Razor Dune Buggy" were used for wheels. Propulsion was achieved using two brushless sensored hubmotors harvested from E-bike drive hubs. These were paired with a set of E-bike controllers, modified to allow a higher current limit. Hardware was machined to mount disk brakes on the front wheels but were not yet installed.

The GO kart had the best time for any go kart that summer (which is a bit cheap since I am one of the instructors but :)). See footage from the time trial and head-to-head race below: 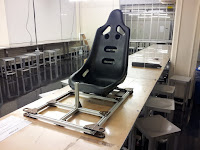 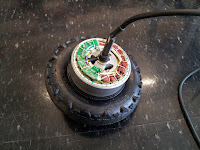 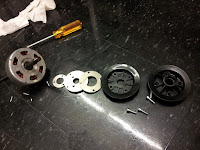 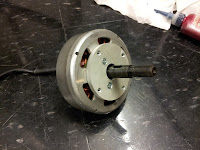 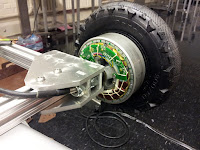 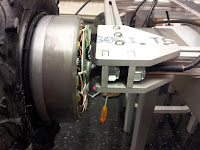