This post is a preliminary to a much more comprehensive post detailing controller capability that will be made when I am nearby more legit diagnostic equipment. For now, this post will contain my conclusions from observation, use, and light modification.

The "Beyond Unboxing" series is inspired by Charles Guan's posts concerning these same type of escs.

The Thing:
I have purchased a marketed 24V, 250W brushless controller for e-bikes hopefully as a replacement for Jasontrollers. What caught my eye was the cheaper shipping, faster delivery time, and the seller whose English was grammatically correct. It arrived just yesterday and after some observations, I am very excited about this controller. 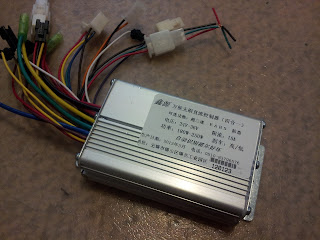 The seller even included pre-stripped connectors! 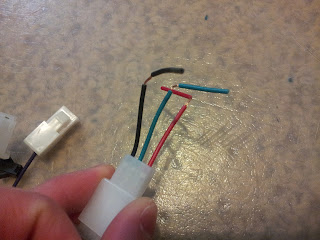 Its casing was a interesting trapezoidal feature. Still a single tube of extruded aluminum, still two silicon pads on either end captured by two stainless steel brackets. I even think they used the same screws...

The chatparts esc also has fewer wires. The seller includes a diagram of the connectors (without labeling the individual wires) but there are unfortunately more than 9 connectors on this controller. 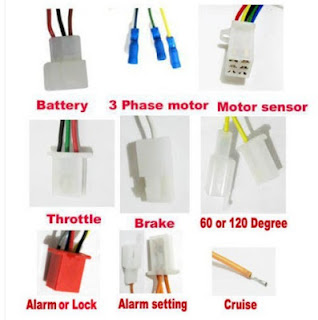 In short, it is incomplete. However the function can be deciphers from the connector ends since these are meant to be direct drop-ins for existing EV systems.

The Comparison:
Now lets have a closer look at a jason and chatpart side by side. 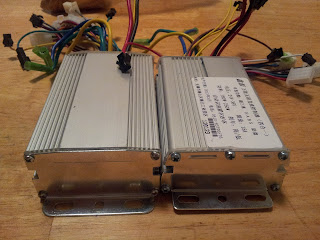 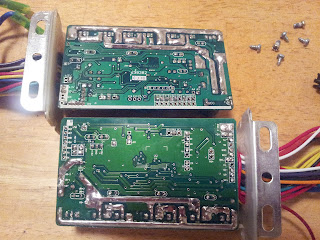 Board looks less janky. The chatparts ESC (bottom) has only SMT components whereas the jason (top) does not. I was also intrigued by the 7 labeled vias at the top left of the esc (in this picture, in this orientation). Those look like programming pins. It may be possible to reverse engineer the software and find out REALLY how this guy works. 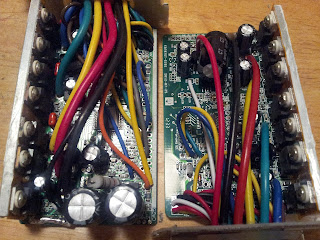 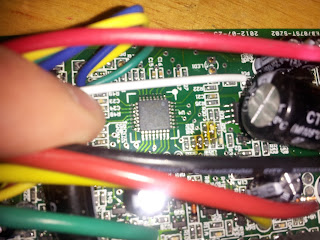 Ah the processor! Everything in here is ST Mirco stuff.

Performance:
My test rig is just my latest GigaRazor scooter (that none of you know about yet) with a watt meter inline with the power source. Note that this is a sensorless configuration. I will not be able to conclude as to what functions it has but I can at least detail its behaviors.

The controller was then modified using the solder-blob shunt method.

The controller shunt was then lowered to 40A and then 35A afterwards. The choppy behavior still persisted. I took this opportunity to measure to case surface temperature and discovered it was in excess of 120 degrees F AFTER a run at higher current.

My scooter uses an 8s3p A123 LiFePO4 pack and a Turnigy Areodrive SK3 6374-149 motor. This means at nominal voltage I should be rotating ~3933 RPMs. However at charged voltage I would be ~4172 RPMs. For comparable controllers in this application, it exceeds the infamous RPM limit determined by Charles and Shane years ago. To validate the RPM limit cutoff, I will test no-load conditions again using a 24V nominal battery or PSU.

Conclusions:
I will withhold my final judgement until I can more easily explain its behaviors and features. For now I can summarize the main takeaways: